OS: Ubuntu 20.04
Hi. I have built Slicer (v4.11.20210226) before successfully.
Now, I want to build a custom Slicer with change in logo, style, etc. So, I followed the instructions given in https://www.kitware.com/slicercat-creating-custom-applications-based-on-3d-slicer/ to customize the application. Then, I followed the general Slicer build instructions given in GNU/Linux systems — 3D Slicer documentation

At the end of the build process, I am getting the following errors. Hence, I am unable to locate or run the executable file. 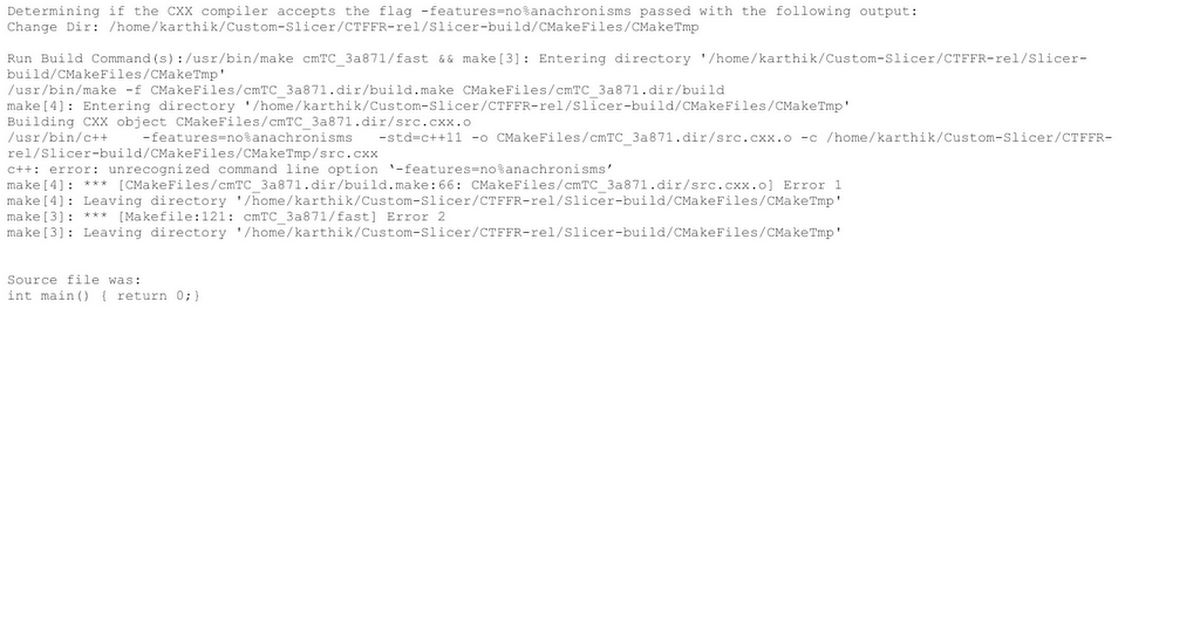 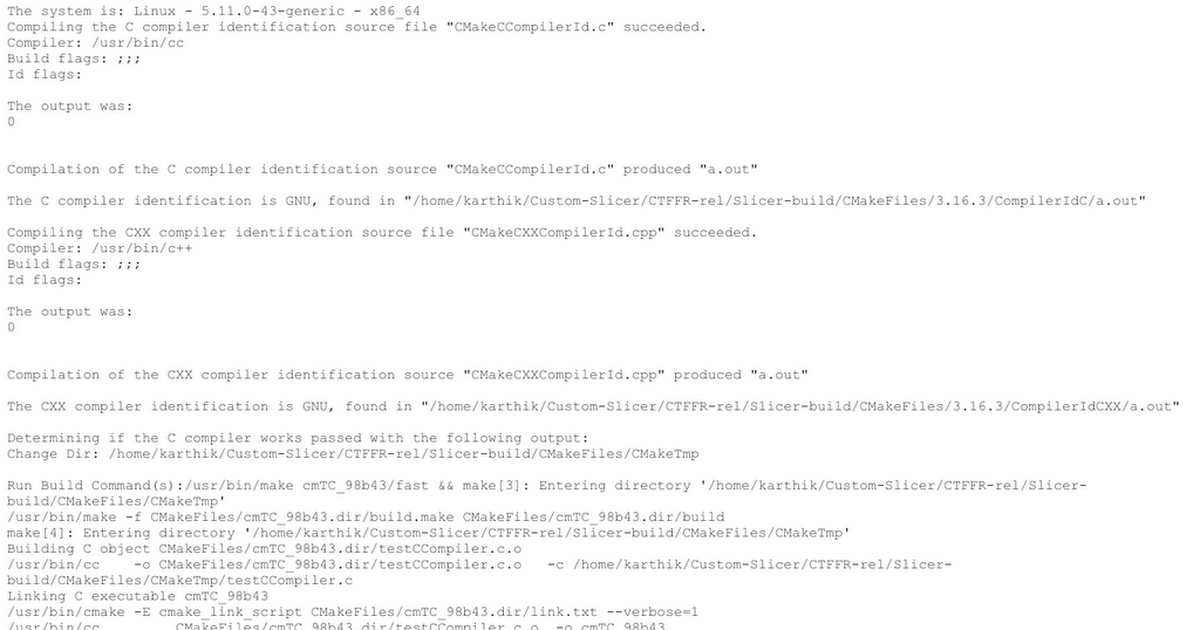 indicates that there is some issue with your c++ compiler. Have you built cmake based applications on this machine before?

Yes. I have built 3D Slicer v4.11.20210226 and v4.13. It has been built successfully. The executable works. I have also built extensions on it and packaged them. They all work. But, when I followed the custom template to create a custom 3D Slicer with different logo and style, I am getting these errors.

Are the instructions given here https://www.kitware.com/slicercat-creating-custom-applications-based-on-3d-slicer/ and GNU/Linux systems — 3D Slicer documentation correct? Are there any other references?