Thanks for reporting this - you may also be interested in trying the SlicerRadiomics extension, which is a fresh implementation of some of these feature calculations. We’d be curious to hear how these work on your data. 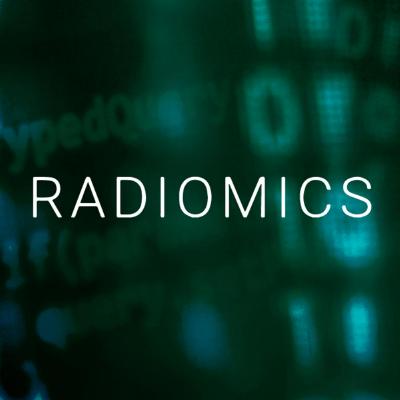 A Slicer extension to provide a GUI around pyradiomics - Radiomics/SlicerRadiomics

Thank You very much,
we are try to install Radiomics in 3DSlicer and We hope to give You good feedback. Also, if it will be possible, for us it is also useful to have news about HeterogeneityCad,
Sincerely,
Matteo Tamponi

To Kind Attention of 3DSlicer Staff
I tried to install Radiomics extension after installation of Slicer 4.7.0 nightly build on 17-june-2017 following the instruction in the github site in the read.me file. I tried following the user way, not downloading from the source. It looked all ok, but after Slicer restart, Radiomics is not in the Slicer Applications list. The installation of other applications was OK (As Registrations and SLICER RT ones). Before to install the 3d Slicer 4.7.0 Nightbuild for windows 64 bit (Windows 7 in my PC), I have removed the 4.6.2 stable version an the previously 4.7.0 version of 3dSlicer from my PC.
What can I do, without to install 3dslicer from the source file?
Sincerely,
Matteo Tamponi

SlicerRadiomics extension is available for recent nightly builds on Windows and Mac. If you are in European time zone then you may wait until early afternoon for all extensions to become available (or download an earlier nightly build - for example: download yesterday’s build)

@fedorov FYI, there is a packaging error of SlicerRadiomics on Linux.

@fedorov FYI, there is a packaging error of SlicerRadiomics on Linux.

Yes, that is a known issue https://github.com/Radiomics/SlicerRadiomics/issues/16

To kind attention fo 3DSlicer Staff,
Thank You very much for You help, in particulary to Andrey Fedorov, Andras Lasso and Steve Pieper,
This morning I installed again 3Dslicer 4.7.0. v 17 june 2017 and then, from estension utility, I installed “radiomics” and other extensions as those for segmentation (14 extensions) and those for registration and those for radiation therapy and many others. However, while the other extensions run, “radiomics” does not result in the list of modules and also looking for it, I cannot find it.
I’d like to be able to use “radiomics”, while I hope to have some more informations about HerogeneityCad too.
I’m using Windows 7 64 bit and 16 GB radiological workstation.
Thank for Your Attention
Sincerely,
Matteo Tamponi

Sorry, yes, that’s another ‘known issue’ that I’d thought was resolved. I just posted instructions there to workaround around the issue and that should make things work for you. Once I did this the Radiomics module was available on my recent windows nightly and works as expected.

To Kind Attention of Steve Pieper,

Steve,
I tried to follow this instruction:
"“C:/Users/username/AppData/Roaming/NA-MIC/Extensions-revision/SlicerRadiomics/lib/site-packages/radiomics/featureextractor.py
Where revision is something like 26083 depending on the nightly version of Slicer.
Line 9 should be changed from:
import pykwalify.core”"

but I cannot find the directory "C:/Users/username/AppData/Roaming/NA-MIC/Extensions-revision/SlicerRadiomics/lib/site-packages/radiomics/"and the file “featureextractor.py” in my computer
(“Users” is “Utenti” and “Username” is “Fisica” in my computer)

Also for the features calculated with HeterogeneityCad, can I ask to Somebody?

Thank for Your Attention,
Sincerely,
Matteo

The AppData folder may be hidden using regular browsing techniques on windows. You can get to it with a cmd prompt (kind of low level, but not uncommon).

The references for the metric computation are included on the webpage. Please let me know if you have any questions.

Dear Steve,
I followed Your indication, from “cmd” level. Now “Radiomics” run.
Also I received a mail from Jayender. I hope to do some comparisons of some features with “Radiomics” and “HeterogeneityCad” in 2dSlicer.,
Thank You very much,
Sincerely,
Matteo

Great! Let us know how it goes.

Yes, Steve,
I’ll take time, but I’ll informe You about our experience with “radiomics”,
Thank You,
Matteo

To Kind Attention of Jay,
Jay
Yes, we followed the instructions in the site "https://www.slicer.org/wiki/Documentation/Nightly/Modules/HeterogeneityCAD"
and we were able to calculate all features in HeterogeneityCAD with 3D-Slicer 4.7.0 for about 10 patients with small lung cancer lesions.
We observed that for small lung cancer lesions, HeteregeneityCad, in our PC (16 GB ram) is quite fast also for Geometrical Measures and Renyi Dimensions that need more calculation time. The time grows up very rapidly, increasly the lesion dimension for these kind of features (expecailly for Renyi Dimensions).
We are trying to understand the meaning of the features. Some features for us seem more easy and the results of our calculation seem nice.
But the mathematical definition for some features for us are not clear; In particular, we don’t understand some results, as for example those obtained for the “Entropy” and the Texture
features: “Autocorrelation” and for “Correlation”.
For example for the “Autocorrelation” we obtained 322607190 and for the “Correlation” 55006886 for a volume lesion of 2635 mm3.
Also, for example if we calculate Entropy (first order features) in a homogeneus ROI, only on gray level, we obtained a value greater than 8000 instead of 0.
To try to understand, we downloaded the supplement material of the paper of Coroller et al. on Radiotherapy and Oncology 114 (2015) 345–350, where there are some mathematical definitions of many features, as the Entropy for example.
There is some mathematical definition of the features in HetereoneityCad more detailed and if possible with Unit of Measure, possible minimum and maximum?
Thak You very much for Your help and indicantions,
Sincerely,
Matteo

To Kind Attention of Jay

Please use mention (@someusername) to bring something to someone’s attention. It is shorter and the mentioned person actually gets a personal notification.

To Kind Attention of Jay

Please use mention (@someusername) to bring something to someone’s attention. It is shorter and the mentioned person actually gets a personal notification.

@mtamponi you might want to look at this evolving document that summarizes community consensus about radiomics feature definitions: https://arxiv.org/abs/1612.07003

Speaking of pyradiomics http://pyradiomics.readthedocs.io/en/latest/, most of the features implemented there are implemented consistently with the formulas described in the paper I mentioned above. If you have specific questions about pyradiomics implementation, you can raise them on the pyradiomics forum (see documentation).

@fedorov,
Thank Andrey ,
I look and download the arxiv evolving document and check the site of pyradiomics that You indicated, They are very useful for our work. Thank You very much to You and also to Steve, Andras an Jay,
Matteo

@fedorov
Andrey
Attached to this mail You can find 3 screen shots with 3dSlicer, 2 using Radiomics and 1 using HeterogeneityCad for the same lesion in . You can see that for: Entropy, Kurtosis and Uniformity, the calculates values are very different. For Energy, median intensity, Skewness, voxel count, variance are exactly equal.
I could be some problems in the calculation of entropy, Kurtosis and Uniformity, probably in HeterogeneityCAD, but I don’t know.