My team has developed an add-on for Blender that loads centerlines generated by VMTK into Blender, and writes meshes from Blender so that they can be easily read by VMTK. The add-on has now been updated for the stable long-term support version of Blender (2.83), and I wanted to provide a link to the new software.

Documentation and code is available here: 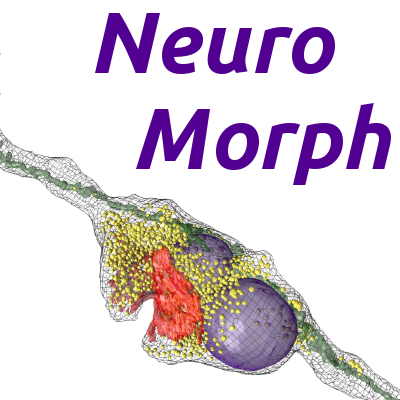 The NeuroMorph analysis and visualization toolkit. Contribute to NeuroMorph-EPFL/NeuroMorph development by creating an account on GitHub.

The add-on includes a simple mesh-cleaning routine that helps the VMTK tool function better on Blender meshes. There are also a couple tools that perform useful functions using the centerlines in Blender, including generating cross-sectional surfaces, projecting objects (for example vesicle spheres) onto the centerline, and detecting swellings (for example boutons) in the mesh.

The old link to instructions in my original announcement from a couple years ago no longer works, would somebody be able to update it?
http://www.vmtk.org/news/2017/11/13/vmtk-for-blender.html

would somebody be able to update it?

I don’t think anyone on the Slicer core team has rights to the vmtk wiki - maybe contact the VMTK maintainers?

Note that the news section is removed from the website, because users will not find changes on a static website but expect to get notifications via twitter or forums. You can post in the VMTK forum (as you have done) and maybe tweet with use #vmtk to reach users.

I don’t think anyone on the Slicer core team has rights to the vmtk wiki - maybe contact the VMTK maintainers?

@pieper This post is in the Community/VMTK category, which is intended to all VMTK users and developers (recently VMTK forum was moved here).

@ajorstad This is very nice work. Blender is an extremely complex software, which puts your work out of reach for most potentially interested users. Have you considered porting your Python script to 3D Slicer as well?

I know that Slicer is not simple either, but still many more medical image computing users are familiar with it than Blender. We vastly improved 3D Slicer’s widget infrastructure in the past year. For example, you can natively edit curves in 3D and slice views. Many things are now possible to do in Slicer that a few years ago still required Blender.

Slicer should be a friendlier development environment for you, too. SlicerVMTK extension takes care of installing and setting up VMTK, already has modules for segmentation, extracting, visualizing, editing, quantifying centerlines, etc. We keep improving the infrastructure based on what user needs, so if you miss something for your scripts to work in Slicer then just let us know and we can help. You can install any other Python packages from PyPI. You can even use Blender’s Python package (bpy), if you want to port your script without any algorithmic changes.

A few demo videos of how VMTK can be used in Slicer now: 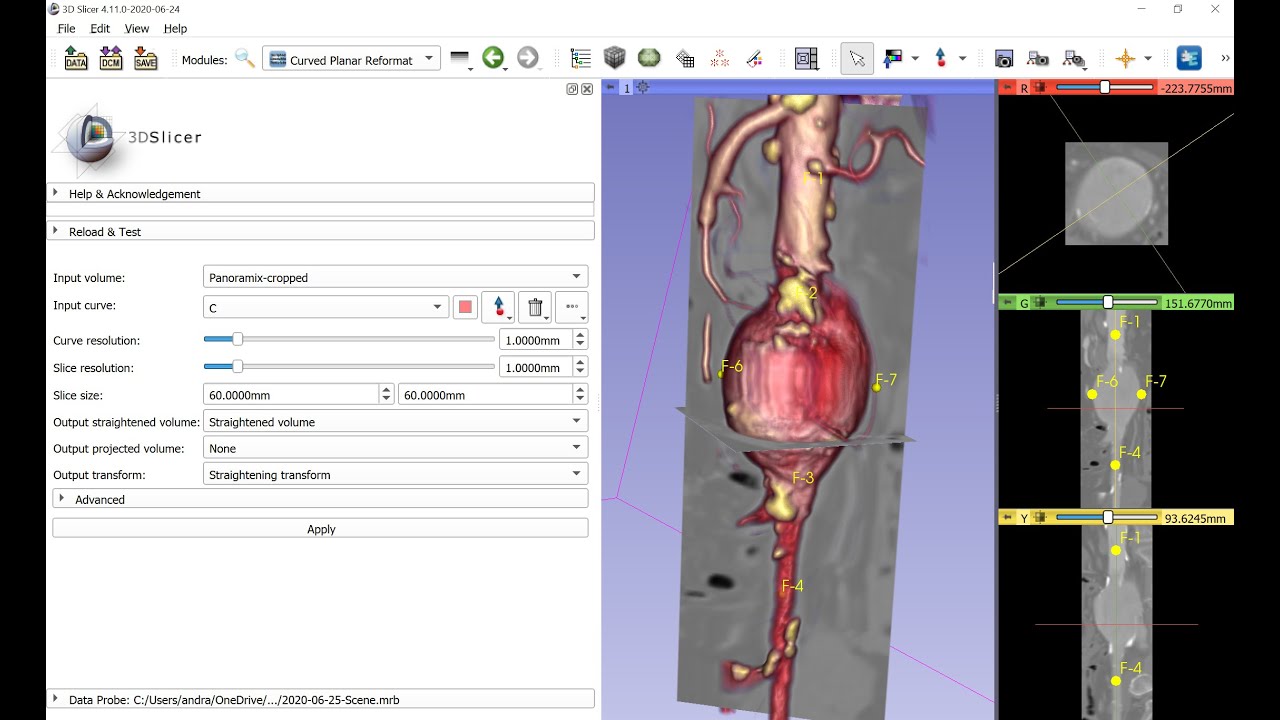 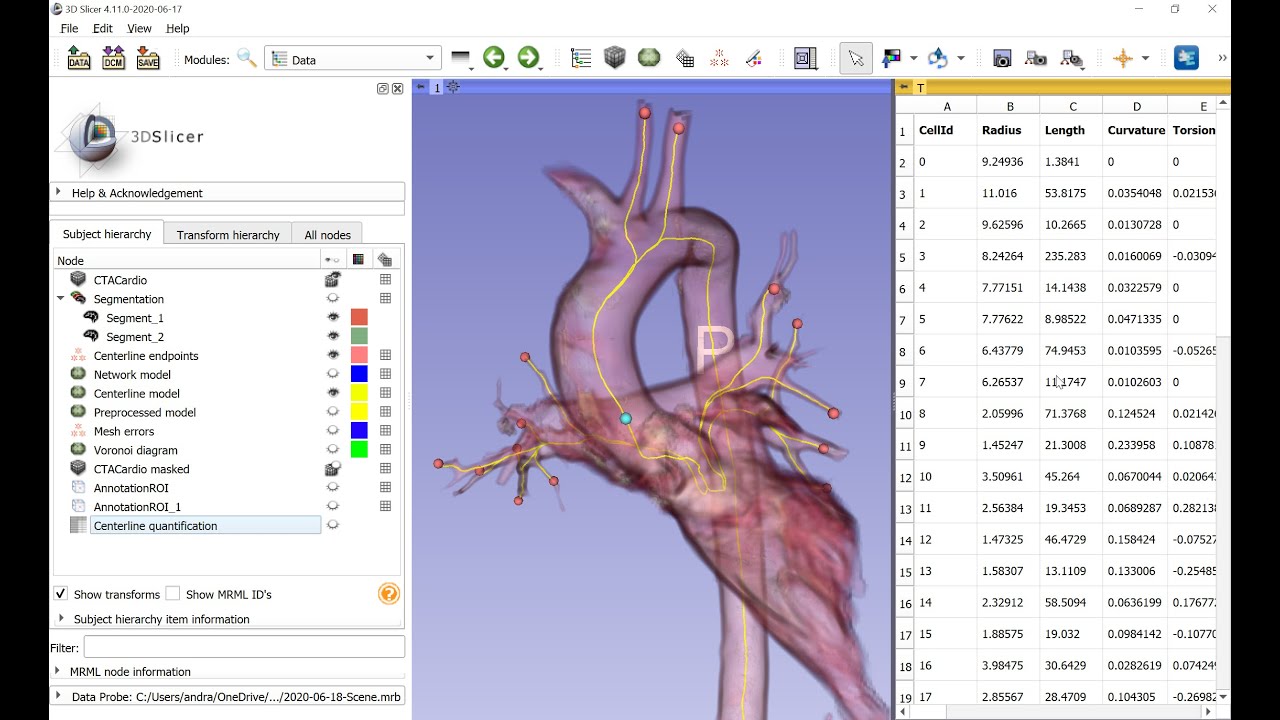