The SlicerSALT team is proud to announce that version 4.0.1 is now available for download. This release introduces new features as well as bug fixes for better performance and stability. The development of SlicerSALT is supported by the NIH National Institute of Biomedical Imaging Bioengineering R56EB021391 and R01EB021391 (Shape Analysis Toolbox: From medical images to quantitative insights of anatomy). 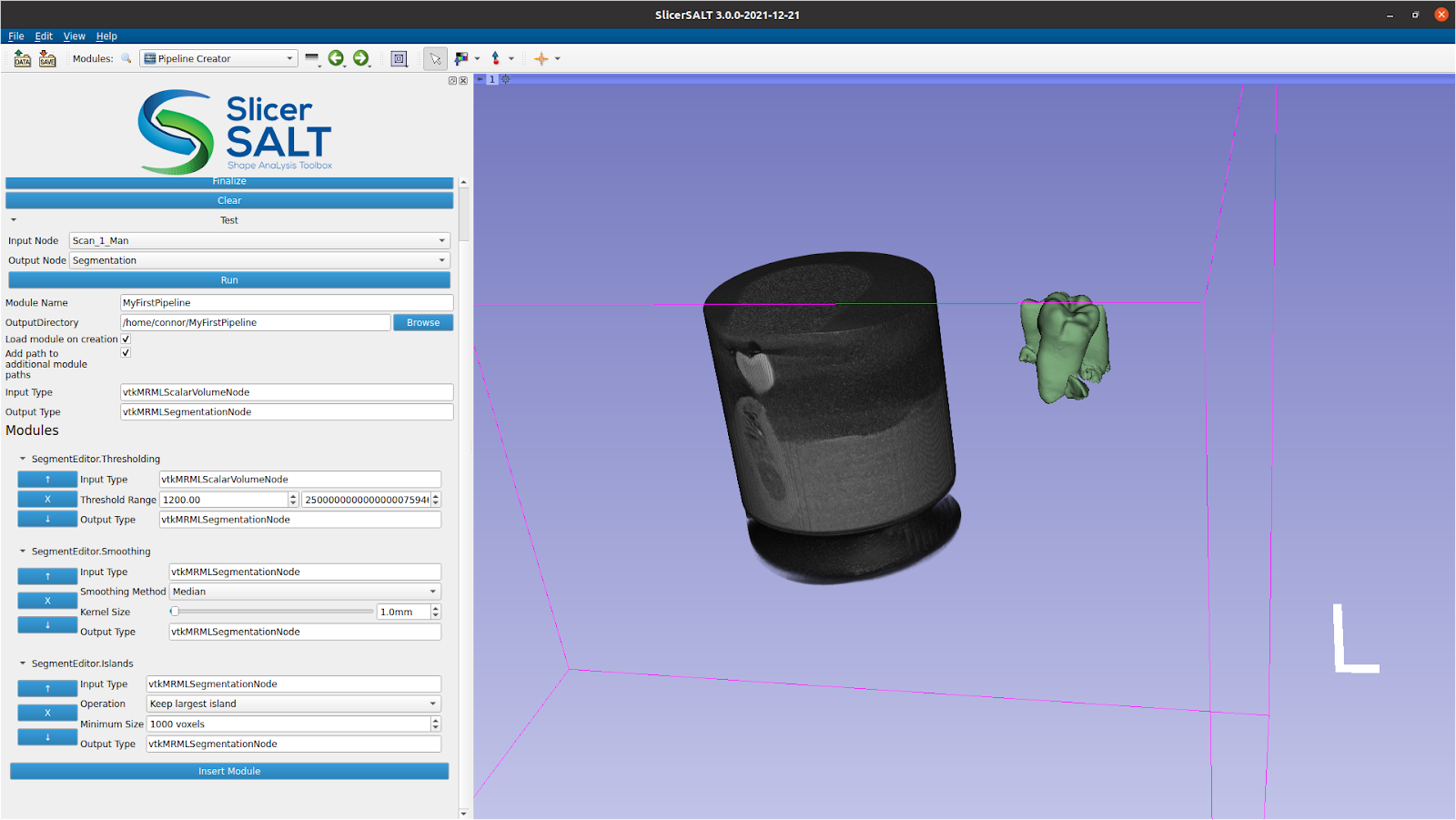 SlicerSALT 4.0.1 includes a new extension, SlicerPipelines, that allows the creation and use of simple modules in 3D Slicer without coding. This extension was developed as part of SlicerSALT and has been added to the Slicer Extensions Index.

Updates to the SlicerSALT to be compatible with Slicer 5.0

Bug fixes for Population based shape analysis and SPHARM-PDM

Check for SPV instead of Gaussian Blur module

Updates to splash screen and logos

@bpaniagua
I just downloaded the package and the link for tutorials in a help/welcome module returns a 404 URL not found (specifically https://salt.slicer.org/docs/)

@muratmaga this has been fixed.