I’m working on Slicer CAT where I need to display different 3D data (the data represent the geological objects) in XYZ domain where X, Y axes - has the meaning of geographic coordinates (meters) and Z - is the depth (zero is the ocean water level) or time (meters or milliseconds). Right handed coordinate system: X-to the east, Y-to the north, Z-out of the Earth.

I need to provide ability to zoom Z-axis independently from X and Y. That leads that the scales along X,Y will differ from Z-axis.

Maybe Slicer already has such opportunity? If not maybe you have some recommendations/links and especially should I implement it in Slicer core library via Slicer-github pull request or only in my Slicer CAT?

Yes, all of that should be pretty doable. You could have a look at SlicerAstro, which also adapted a lot of things to deal with different coordinate meanings so I’d think a lot of the hooks that @Davide_Punzo added will be of use to you. 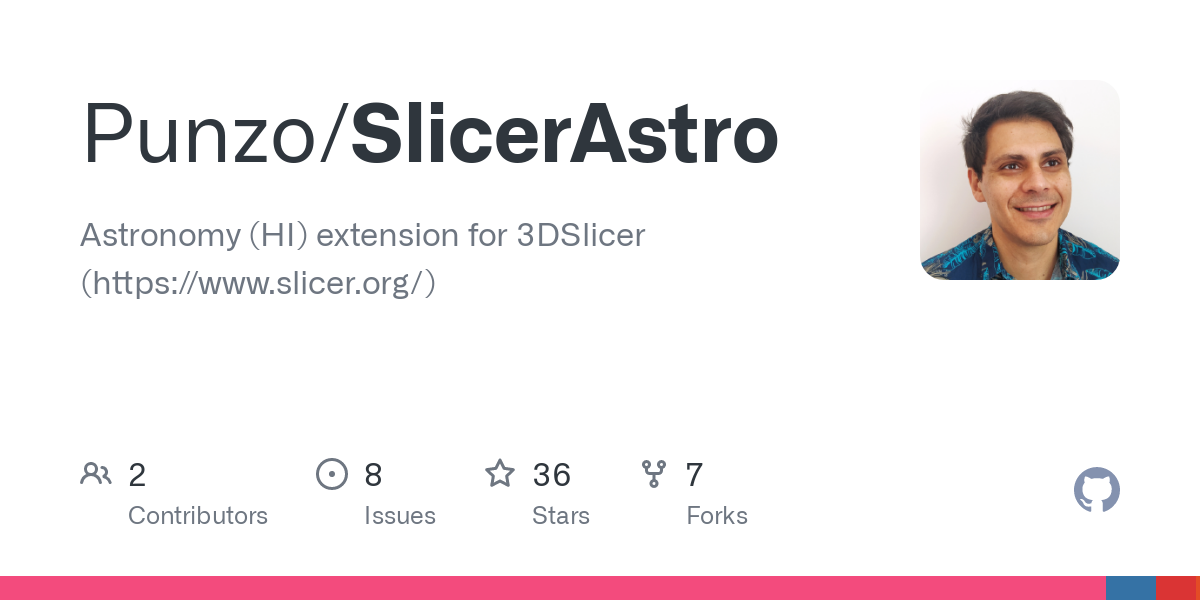 Is there precompiled bindary of Slicer Astro for Windows?

In general, yes, you can just install the extension.

But it looks like there may be a build issue on windows currently. Looks like mac and linux are working.

Then I do (using IDE though the commands should be similar):

Then I can see that only SlicerAstroWelcome module is built. Can’t understand why…

How to add this extension to my Slicer CAT? Do I need to add all the path to Slicer Astro’s built modules (via `Edit->Application Settings->Modules->add)?

If I try to execute C:\A\d\SlicerWithSlicerAstro.exe in cmd I get:

I just saw that slicer astro is unix only

I have installed Slicer Astro on Ubuntu, definately there are some useful features.
But I can’t find a way to make independent zooming along chosen axis…
Perhaps I postpone this task for a while and try get a little experience of writing/modifying Slcier’s widgets that are on the scene (on the picture, I think they are called qMRMLwidgets)

This question has come up before and I think setting slice field of view manually worked acceptably for that use case. However, it would be a much cleaner solution to simply apply a transform to the volume that scales it down along an axis.

However, it would be a much cleaner solution to simply apply a transform to the volume that scales it down along an axis.

I’m afraid that I need to work in XYZ coordinate system and all the data (not only volumes, but everything that is on scene) must be hard linked to axes… But thank you, I’m going to take some time to investigate the problem

I’m afraid that I need to work in XYZ coordinate system and all the data (not only volumes, but everything that is on scene) must be hard linked to axes…

You can apply linear transforms to all node types, not just volumes. Also, you can unregister default measurements in markups nodes and register your own custom measurements that take into account the changed scale when reporting length/area/volume values.

There should be examples for this in the script repository, but the idea is that you l get widgets via the layout manager and then manipulate child widgets using standard Qt API.

In SlicerAstro there isn’t s feature to zoom just one axis. However you could easily add in Python some widgets (e.g. sliders) in the slide pop up menu on which you could modify the field of view of the slice (i.e. you modify the attributes of the MRML slice object associated to the slice widget). Modifying the mouse zooming interaction is more complicated.

In general, regarding a full coordinates customization, you may have a look at the custom classes in the AstroVolumes module (the MRMLDM classes and the widgets, something like SlicerAstroController etc…) and few tweaks in Python (SlicerAstroDataProde module). The implementation is mainly in C++ and somewhat tricky if you don’t have a full picture of Slicer infrastructure.

Thank you, I have found example how to customize 3d view and slice widgets here.

@Davide_Punzo thank you for explanation. Step by step I’m getting known with Slicer philosophy. Probably a little later I will come back to this task and reread this topic. I guess that should help me

It seems that I can set transform to the vtkCamera. And I tested with VTK 9.0.1 it works.

Though there are some problems that is connected with vtkCubeAxesActor.

P.S. as I have previously created topic dedicated to adding vtkCubeAxesActor to the Slicer’s scene, I think I should discuss the mentionned problem there.

I’m trying to set transfrom on camera but it seems that this only affect on 3D view:

With this I get scaled 3D view but none of the Slice view is affected by scale. It seems that there is no camera on Slice view.

I understand that I can apply transform directly on volume but in this case coordinates of my object will be broken. I need to keep the original coordinates of object untouched…

What can I do to apply independently scale axes in slice view? I don’t fully understand yet how what are slice-views represented in sense of VTK objects, but probably I could set fake camera on them?

You can change the aspect ratio of slice views by simply setting the desired field of view in the slice node.

Thank you very much!

With this I see how to solve my issue with zooming. At least I think so